More in this section

PowerGrass was installed in summer 2012 at the training area of the Club Borussia Mönchengladbach which plays in the premier league in Germany.

Georg Vievers, the technical manager of the fields, had the chance to let the players test the area during the autumn and winter 2012/13. In NFV Journal he released an interview stating that PowerGrass is a great alternative compared to other systems of synthetic turf and reinforced natural grasses.

Visit the Website of NFV or download the online magazine (pages 38-39 of the magazine No. 3/2013), or directly download the article excerpt of the publication of the journal of the NFV.

PowerGrass has been tested extensively by our partner Eurogreen and has been also presented at the fair Galabau on September 2012 and officially launched during a promotional meeting at its headquarters in Betzdorf; launch at the Eurogreen head office.

In the spring of 2013, the German Football Federation visited the training area of ​​Borussia and confirmed the validity of the project, considering the field equivalent to the natural grass playing fields.

Visiting the German website there are listed entire fields built up by Eurogreen and numerous other applications such as training areas, goalmouths and golf Tees. 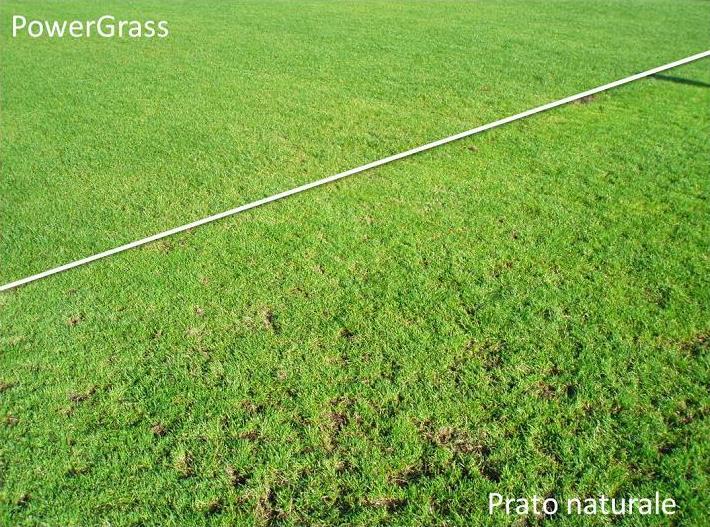 The comparison between natural grass and PowerGrass at the training area of Borussia Mönchengladbach.